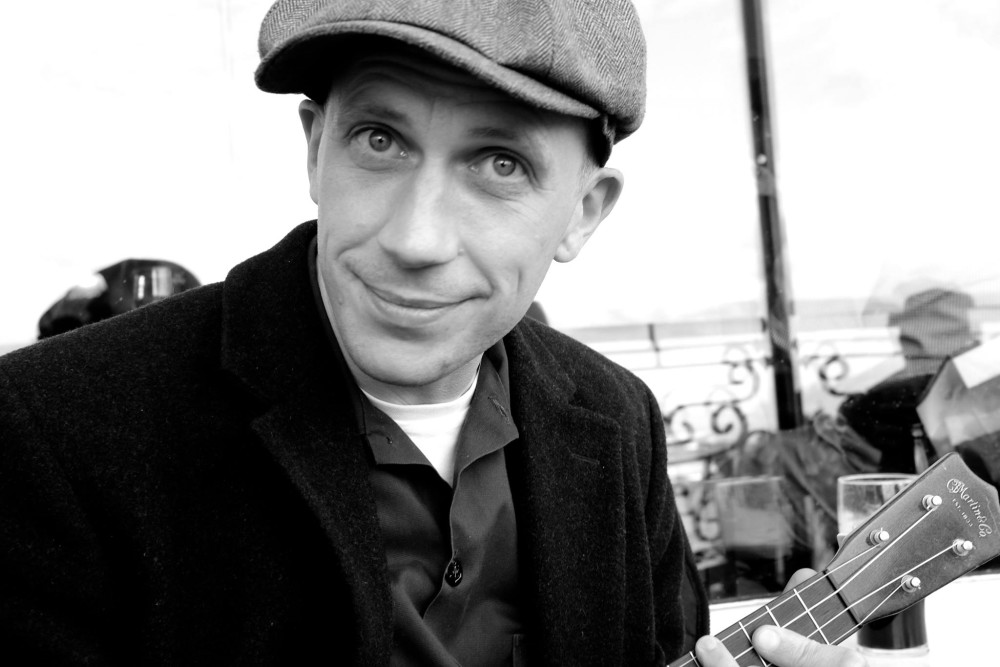 He performs and teaches regularly all over Europe often alongside ‘Lonesome’ Dave Searson and ‘Brother’ Bill Leach as ‘The Ukulele Uff & Lonesome Dave Trio’. Uff regularly mesmerises audiences with his highly skilled and authentic renditions of jazz age rarities.
The trio have just released their first album of fourteen tracks which none other than Ukulelezaza described as ‘one of the best ukulele related CDs ever released’.
Chris has also toured Britain’s theatres for the past four years with the stage show ‘Sir Henry at Rawlinson End’ performing alongside such legendary performers as Neil Innes and Steven Fry and headlining Bristols celebrated slapstick comedy festival.
As well as being a gifted performer Chris has also taught workshops at many festivals around Europe, and is currently teaming up with Liverpool based ‘Ukulele Club Live’ in producing an advanced on line ukulele course.

Famous for his lightning fast right hand, Chris’s ukulele style is inspired by the ukulele greats of the 1920’s and he lists Jesse Kalima and Roy Smeck amongst his biggest influences.
He is very happy to be not only performing but helping to set the ukulele players world record here in Stockholm! 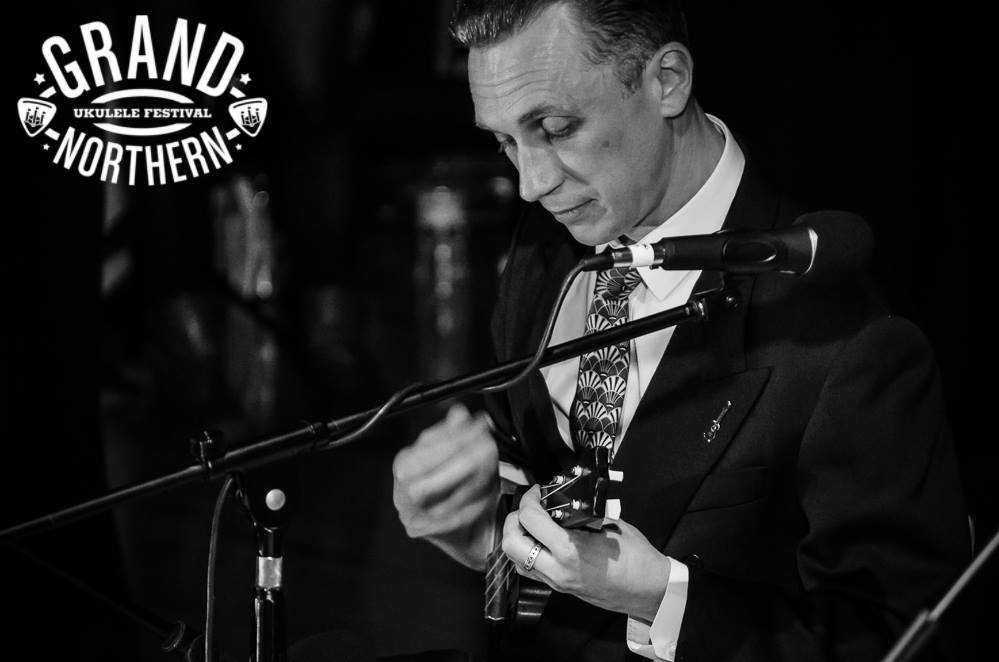 Ukulele Uff at one of England’s numerous ukulele festivals

Here we found a nice clip: